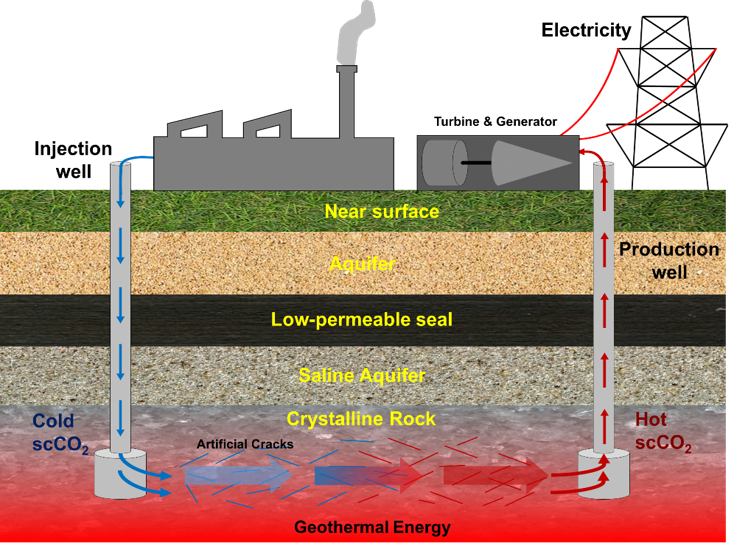 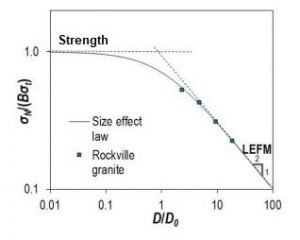 Size Effect: Size effect is the the change in load capacity and predicted properties  as a result in a variation in specimen size. It is observed that the fracture toughness and process zone size are size dependent in quasi-brittle materials such as rock. As captured by Bazant’s Size Effect Law, it is observed that in small sized specimens failure can be defined using a limit in terms of strain and stress that is independent of size, and large specimens behave according to Linear Elastic Fracture Mechanics (LEFM). However, the size of most laboratory specimens  places their behavior in the transition region between these two. As a result, in order to accurately apply laboratory results in the field, size effect must be considered. 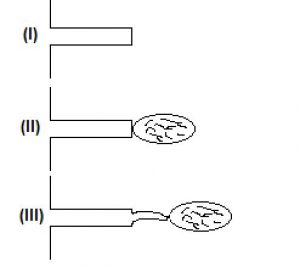 The Fracture Process Zone: The Fracture Process Zone (FPZ) is a zone of localized damage that precedes fracture propagation. This nonlinear region is responsible for the deviation from behavior predicted by LEFM in rock specimens and influences both the strength and stability of the rock. Therefore, studying the FPZ is critical in the study of fracture in quasi-brittle materials. 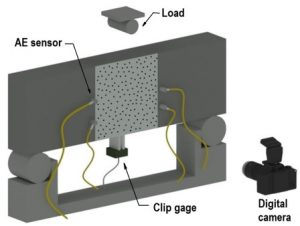 Three point bending tests are performed in notched specimens of different sizes and materials. The test causes Mode I (tensile) fracture that propagates from the notch on the center of the specimen. Different monitoring methods are used to monitor and study the propagation of the fracture. 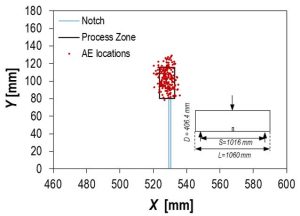 Irreversible deformation in the internal structure of  solids, such as the formation of cracks, results in the radiation of elastic waves or Acoustic Emissions (AE). The location of these acoustic events can be determined and it is observed that acoustic events begin to localize near the crack tip before fracture propagation in what is interpreted to be the FPZ.  As a result AE can be used to study the location, size and evolution of the FPZ as the fracture propagates. 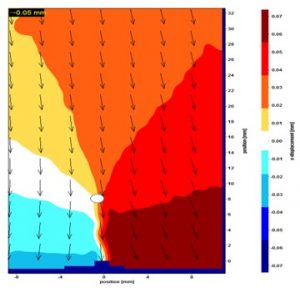 DIC is a method that compares digital photographs of a specimen at different stages of deformation using a correlation algorithm. Using DIC the strain and displacement on a specimen’s surface can be calculated by tracking the changes on a random speckle pattern placed on the specimen’s surface. The displacement maps can be used to detect the location, size and evolution of the FPZ as well as the effective crack length. 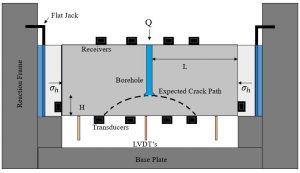 Ultrasonic waves are sensitive to the properties of the medium in which they propagate and are known to be affected by the presence of fractures in rock. By analyzing how ultrasonic waves interact with the fracture is propagating it is possible to determine geometric parameters of the fracture such as the width and length as a function of time.